How has the famous Italian leather company underwent changes during its development into a global brand? Let’s take a look at Bazaar Vietnam to review the historic milestones that make up the prestigious Gucci name Gucci is a famous Italian fashion and leather label. According to BusinessWeek magazine, the fashion company earned about 4.2 billion euros worldwide in 2008. The company ranked 41st in the list of the world’s top 100 brands voted by the magazine in 2009. As of 2009, Gucci has about 278 stores globally. The Gucci Group is currently owned by the French Kering Company. Let’s look back on Gucci’s history for nearly a century.

From the passion of leather …

Gucci was founded by Guccio Gucci in Florence in 1921. Italian Guccio Gucci immigrated to Paris and then to London. While working in luxurious hotels, he was attracted to branded suitcases of urban places. Guccio returned to his native Florence. It was a source of high-quality materials and skillful craftsmen. He opened a vintage leather shop in 1920. Gucci was born. Guccio Gucci has three sons: Aldo Gucci, Vasco Gucci and Rodolfo Gucci. Together, they expand the business. New stores are opened in Milan, Rome and Florence. Typical products of Gucci are handbags, leather shoes and high-end items made of silk and wool. Products are handmade in a sophisticated way.

During World War II, Gucci often produced bags of cotton instead of leather. During difficult times, they lacked material. In the difficult it is wisdom. This type of bag stands out thanks to the double-G logo and the red-blue cloth strips. After World War II, the badge of Gucci was shaped like a shield and a knight wearing iron armor in the middle of a ribbon engraved with the company name. This symbol looks quite similar to the coat of arms of the city of Florence.

… to the global brand In 1953, Aldo and Rodolfo Gucci expanded the company stronger. They open offices in New York. Movie stars and passengers who arrived in Italy in the 1950s and 1960s brought their glory to Florence. They also make Gucci products widely known around the world. Movie stars appear with Gucci costumes, accessories and shoes in lifestyle magazines around the world. This helps Gucci to grow its name globally.

Gucci imports and processes pig, goat and exotic animal skins in a variety of ways. They use waterproof material and satin fabric for evening bags. In 1947, Gucci used bamboo to make handbags. By 1960, wallets with shoulder straps and metal buckle decorations were widely introduced. In the period of 1964, Gucci’s butterfly and floral silk scarf was very popular. Later, watches, jewelry, ties and glasses were added to the product portfolio, respectively. Special symbols, the two G are interlocking on the belt buckles and accessories used since 1964. During the 1970s, Gucci was thriving. By the 1980s, internal disputes within the family had pushed the company to the brink of disaster. Maurizio, Rodolfo Gucci’s son, took over the company after his father died in 1983. He fired his uncle Aldo, who was serving a prison sentence for tax evasion. However, Maurizio was less successful in the role of chairman. He was forced to sell the company to Investcorp in 1988. The investment group is based in Bahrain. In 1993, Maurizio sold his remaining shares.

The tragedy did not stop there, Maurizio was assassinated in Milan in 1995. His wife, Patrizia Reggiani, was convicted of hiring someone to assassinate her husband. The new investor promoted Domenico De Sole, a lawyer for the Gucci family, who was president of Gucci in the United States in 1994. He has been the chief executive officer since 1995.

In 1989, Gucci invited Dawn Mello to be the editor and designer of ready-to-wear clothing lines. The purpose of this is to reform and regain reputation for the brand. Dawn Mello clearly see that although the brand is degraded, its value is still potential. She hired Tom Ford to be a designer for the ready-made garments line in 1990. Later, Tom Ford was promoted to creative director in 1994.

Before Dawn Mello returned to the position of president of Bergdorf Goodman, the United States retail group, she moved the headquarters of Gucci. Instead of standing at the Milan economic center, Gucci returned to Florence, where the traditions of crafts originated. Along with Tom Ford, she also cut Gucci’s items from 20,000 to 5,000 products. Back to the golden age

In March 2004, Gucci announced the replacement of Tom Ford with one of the young designers. They are members of the company’s design team. In 1998, the Guinness Book of World Records named the world’s most expensive jeans Gucci. Pants named Genius Jeans. It was dyed silver and tore, decorated with African beads. Pants price is 3,134 US dollars, about 74 million, in Milan. Then, this record was Levi Strauss & Co. breaking down in June 2005. The company’s 115-year-old 501 jeans were purchased by a Japanese collector. The price was 60,000 US dollars (about 1.2 billion).

In June 2012 Gucci won a copyright case against Guess. The company was compensated for damages of US $ 4.7 million, about 110 billion.

On October 16, 2013, Gucci won another lawsuit in the United States federal court in Fort Lauderdale, Florida. This is a lawsuit against fake trademarks and domain names for a series of online business websites. Gucci won a permanent ban of 155 domain names used for the sale of counterfeit goods. The company also received USD 144.2 million in compensation, about VND 3,400 billion, including interest.

On November 6, 2013, Gucci won the Guess case in China’s Nanjing Intermediate People’s Court. Gucci accused Guess of imitating their collections and images. This is a violation of trademark rights and unfair competition.

Gucci was one of the brands that faced the most fakes in the world in the early 2000s.

In 1933, Aldo Gucci, one of the three sons of Guccio Gucci, designed the logo for the brand. The logo consists of two G, the first letter in the name of Guccio Gucci. This logo is considered the most memorable and impressive logo in the fashion industry. Today, Gucci is still a symbol of luxury, style and fashion. 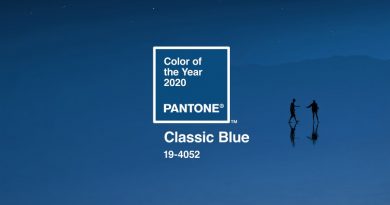 Learn more about Classic Blue – the color of 2020 Fashion In Movie Industry: How Movements Have Changed How We Dress?