The richest billionaire in the world fashion industry is now the chairman of the world’s largest luxury goods group LVMH. The group owns 70 world famous fashion brands such as Louis Vuitton, Sephora, Givenchy, Hublot … In 2017, LVMH acquired most of the shares of Christian Dior and helped Bernard Arnault’s fortune increase by 30,5 billion USD after only 1 year. He is also the 4th richest billionaire in the world in 2018. Photo: CNBC.

Right after LVMH president is the owner of Zara. Ortega is holding a 60% stake in fashion company Inditex with 8 different brands including Zara, Pull & Bear, Massimo Dutti … The Spanish billionaire company operates about 7,500 stores around the world. Photo: El Espanol. Standing in third position is the founder of Nike shoe company. Knight and his coach spent $ 500,000 each to set up Blue Ribbon Sports in 1964 and renamed Nike in 1971. Last year, Nike earned $ 34 billion in sales with more than 70,000 employees and set up offices in 52 countries. Knight retired in 2016 after 52 years of hard work for Nike. Photo: Time Magazine. The family of the French billionaire is managing the luxury goods group Kering. Pinault founded Kering in 1963, but it was not until 1999 that he decided to bring the company to the direction of luxury when it bought Gucci’s controlling stake. Currently, Kering owns many fashion brands such as Baleciaga, Alexander McQueen, Brioni and sportswear brand PUMA. Photo: Sudouest. The billionaire ranked 5th on this list is the founder and president of the world’s largest eyeglasses retailer Luxottica. Del Vecchio started building Luxottica in 1961 when he was only 25 years old. Today, Luxottica owns Sunglass Hut, LensCrafters as well as glasses for famous fashion brands such as Chanel, Armani, Bubbery. Photo: Formiche. The boss of Uniqlo is the only Asian who has appeared in the top 10 richest billionaires in the world in the fashion field. Tadashi Yanai and her family are holding 44% of the shares of Fast Retailing, Uniqlo’s parent company. The Japanese billionaire does not hesitate to share that he wants his company to surpass both H&M and Zara to be number one globally. Photo: Getty Images. Right behind Uniqlo’s boss is Stefan Persson, the president of H&M. His father, Erling Persson founded H&M fashion in 1947 and handed over control of the company to his son in 1982. Stefan Persson owns 29% of H&M and is also the richest man in Sweden. Photo: Business Insider. 8th rank in the list is the Wertheimer billionaire brothers of the brand Chanel. Alain Wertheimer is currently the chairman of Chanel while his younger brother Gerard leads the company’s watch division. Alain and Gerard’s grandfather Pierre Wertheimer is the business partner of the founder Coco Chanel. Photo: EFA News. The last ranked is the legend of the world fashion village, Giorgio Armani. He first launched his own fashion brand in the mid-1970s. Armani’s business grew rapidly when he designed costumes for actor Richard Gere in the American blockbuster film American Gigolo in 1980. Since then, Armani has expanded into other areas such as accessories, perfumes, sportswear and additional investments in real estate, restaurants and hotels. Photo: WWD. Without being a designer, what can you do in fashion industry? 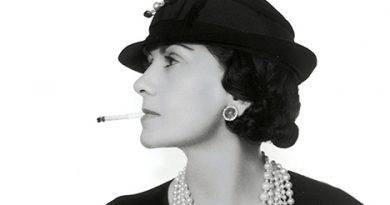